NEW YORK – Following the unanimous election of Metropolitan Elpidophoros of Bursa as Archbishop of America, His Eminence was presented with the Announcement of his election (Mikro Minima) and the Formal Election Announcement (Mega Minima) at the Sacred and Patriarchal Church of Saint George. After the ceremony he received the good wishes and blessings of His All-Holiness Ecumenical Patriarch Bartholomew and the Mother Church upon the assumption of his new duties. 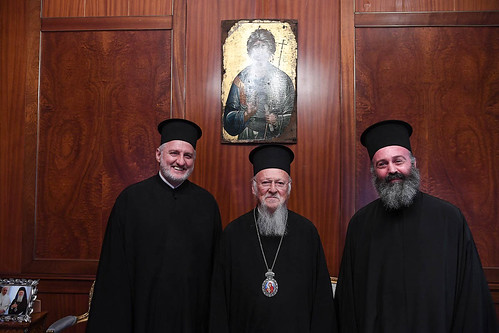